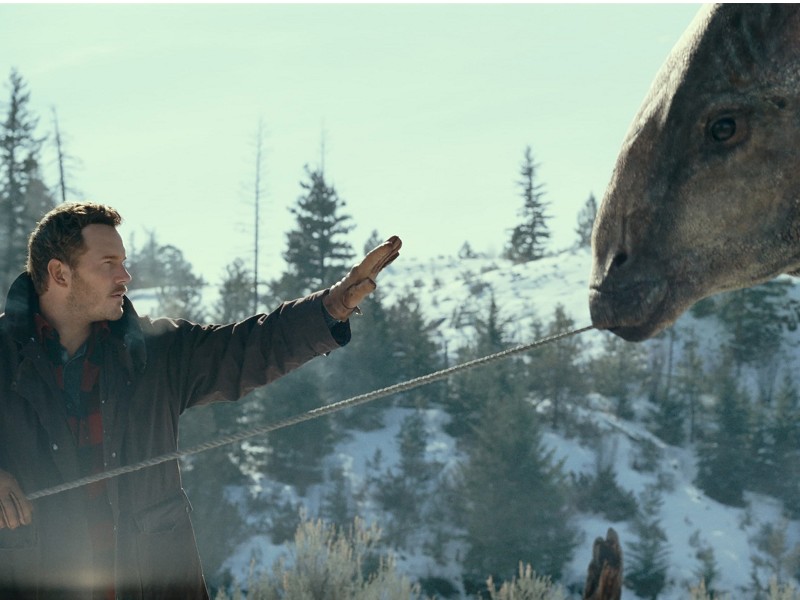 There’s a new corporate baddie on the scene, who runs an insidious firm called BioSyn, which is covertly developing dino-clone tech to create dinosaurs as weapons and a new super-locust which will destroy crops planted by farmers who refuse to buy BioSyn seed. Sneaky stuff.

This draws our heroes Owen (Chris Pratt) and Claire (Bryce Dallas-Howard) out from their idyllic life to once again save the day. They’re joined by the three leads from the 1993’s Jurassic Park: Sam Neill, Laura Dern, and the ever endearing Jeff Goldblum, because bringing old characters out of retirement is all the rage these days.

Dominion’s kitchen sink approach of bigger, louder and more, means that some will come away with a headache; the awe, wonder, and restraint shown by Spielberg in the original film is long gone. Seeing the old trio back together is a delight, but after this fun yet exhaustive romp, I think it’s time to let this series fossilise.