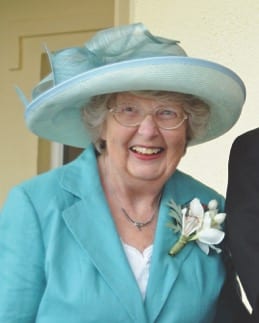 Audrey would come to the Rex often, more than once or twice a week, and equally to matinees and evenings to see everything, noisy, new world, old and silent. When we ran into each other she’d talk with authority about the films she had seen or was looking forward to. Little did I know she was the daughter of 1930/40s film director Maclean Rogers.

Upon leaving school she joined the BBC, radio and early television, which must have been the most exciting time for any young girl or boy of that era. Then in the midst of this fabulous pioneering, she was sent to Australia to set up Australian TV in time for the Melbourne Olympics of 1956. While she loved Australia, and thought to settle, she also fell in love with Richard Hope. Upon returning to the UK, they married and settled in Berkhamsted. By now it is the 1960s and Audrey, with a young family gave up her adventures with the BBC and began new ones with the creation of Oxfam in the High Street.

Only a few years ago, she was awarded an MBE for her founding work with Oxfam, but more significantly she was made an honorary member of the Rex!

She loved coming here, and little did I know, along with all this rich life, she was very excited about the Rex’s restoration from the earliest rumours of its re-birth.

Late last year, I noticed she hadn’t been for a while. Thank you to her son Colin, who broke the news kindly, and told me this story of his Mum’s life. Audrey died in December, and like we always say of people who have left, they were the loveliest of all, with the warmest smile. In Audrey Hope, it is true… We’ll miss her smiling at the top of those unforgiving steps, always believing the next two hours would be worth it. Then she’d make fun on her way out. Film: outstanding, okay or awful, she made it worth the journey. 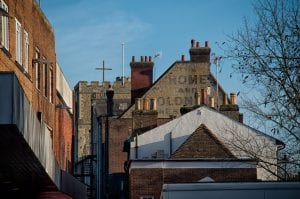