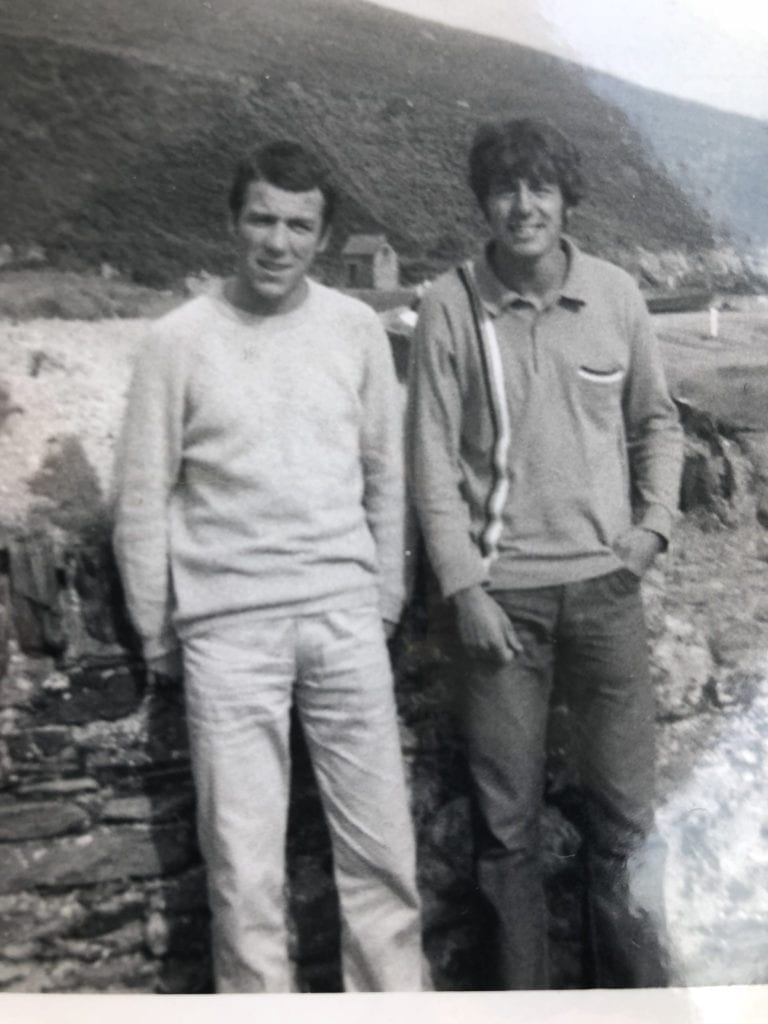 John and Jim on their magic island 1964.

And… so the twins dreamed of a life far beyond that flat horizon and vast sky to get lost in trees and hills and running streams. They found a gap in the sand. They each landed feet first into dreams of their own – never to return. Happy endings take a little longer. One of us has now finished reading his last page.  Apart from not being here to close the book… he has already found his happily ever after in his beautiful late-coming family. The other twin found his way, embracing his own loving family. In dreams and broken schemes along the way… it seems he is staying a little longer to share those precious trees hills and streams… In plain words: my twin brother John died on Saturday 2nd November 2019 at about 4pm. He left just a little older than Jessie, mother of the twins, who drudged away her youth in a 2up-2down… but only ever longed to dance. We escaped to dance for her through that shifting gap in the sand… 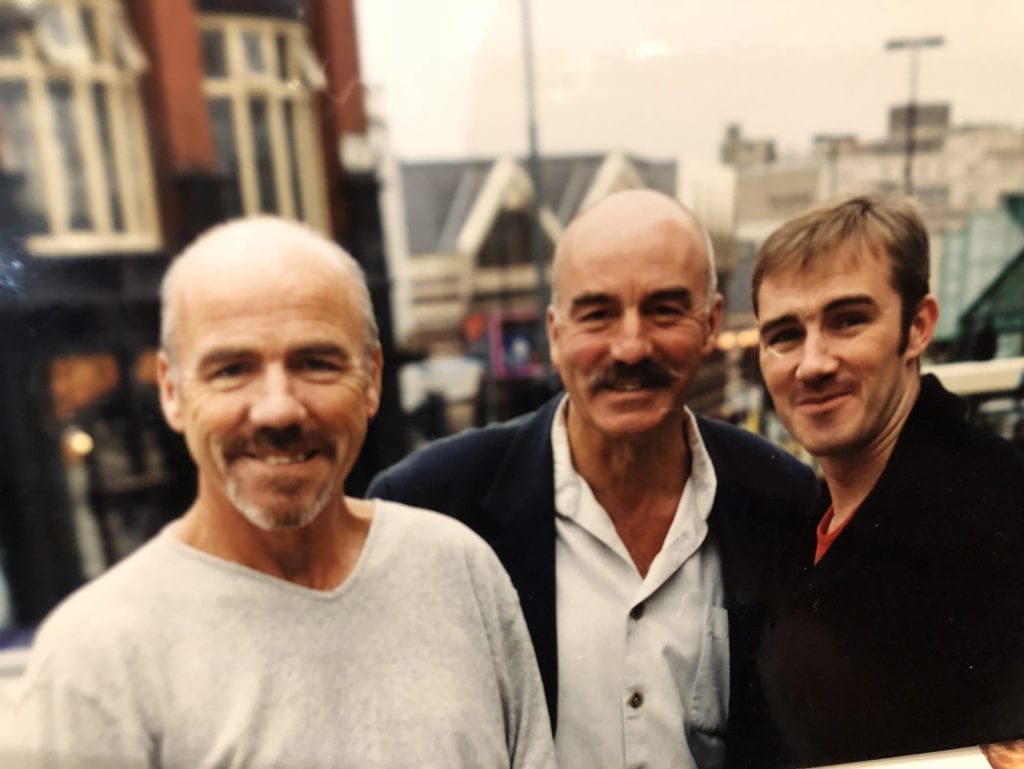 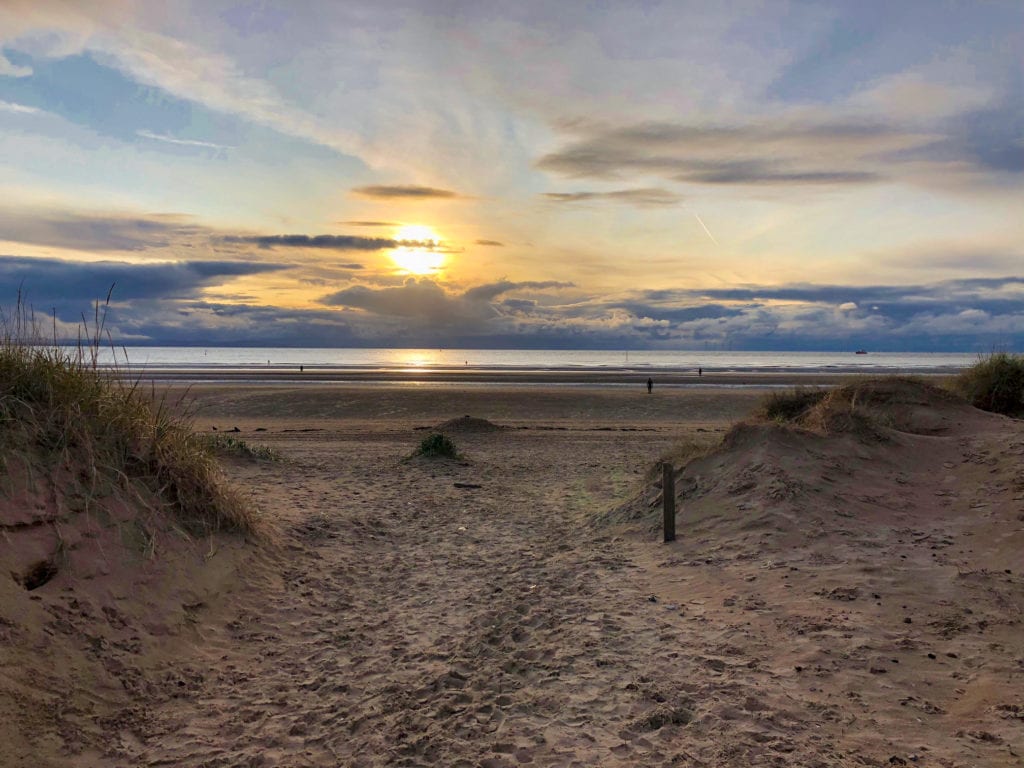 The gap in the sand where walking the shoreline in puffs of late night summer Woodbine dreams they conjured their escape…. 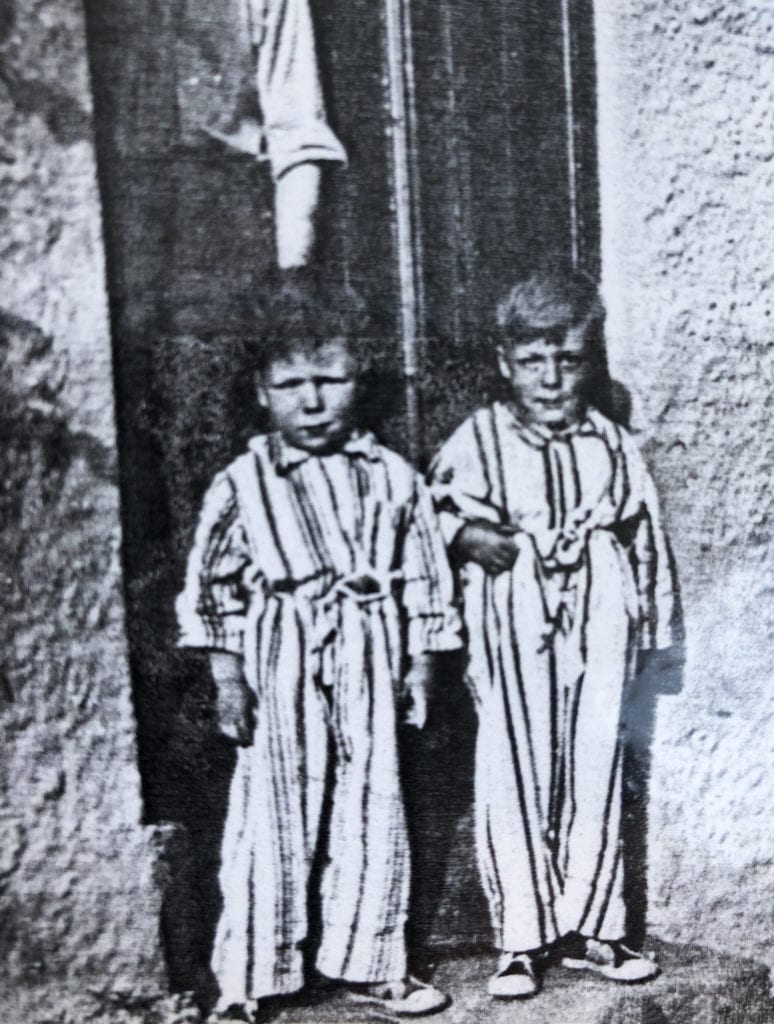 PJs to grow in to. 1st holiday Warrenpoint. 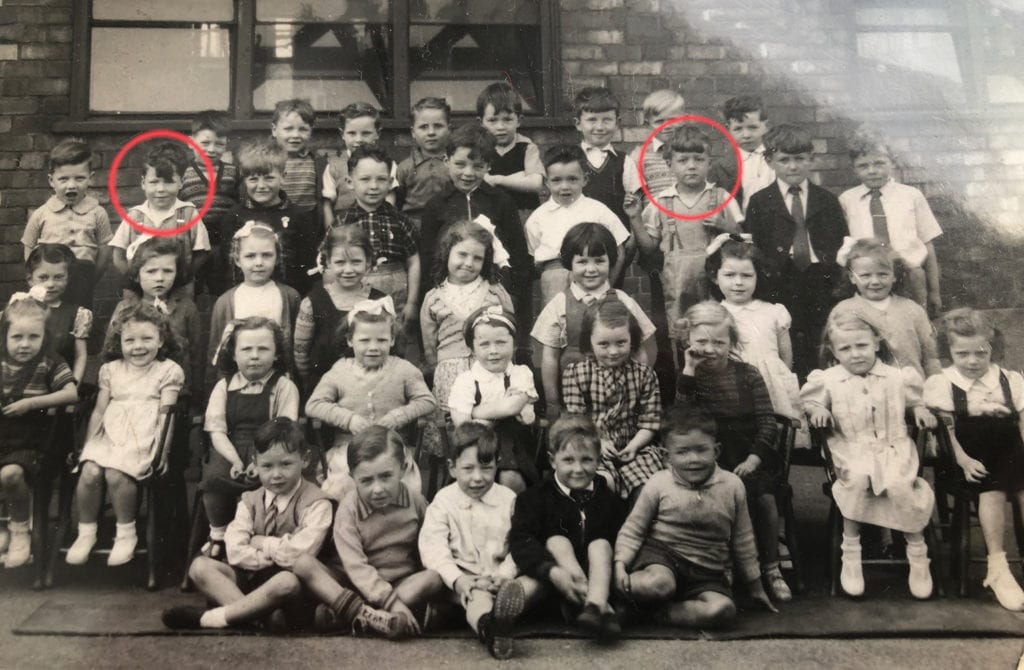 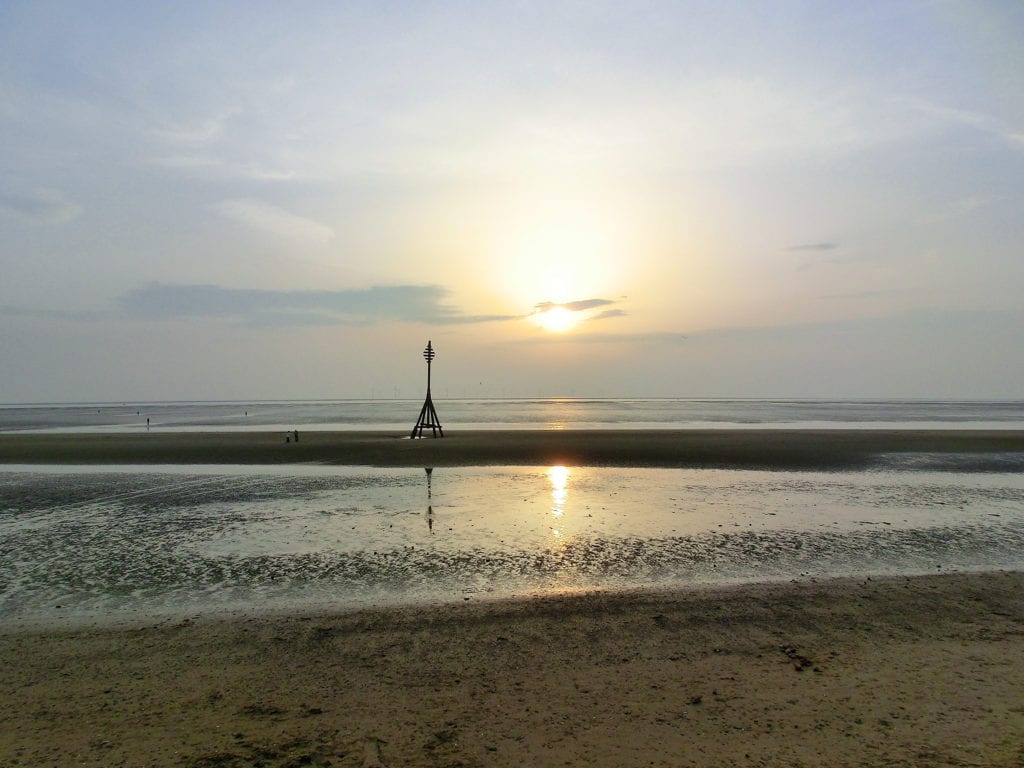 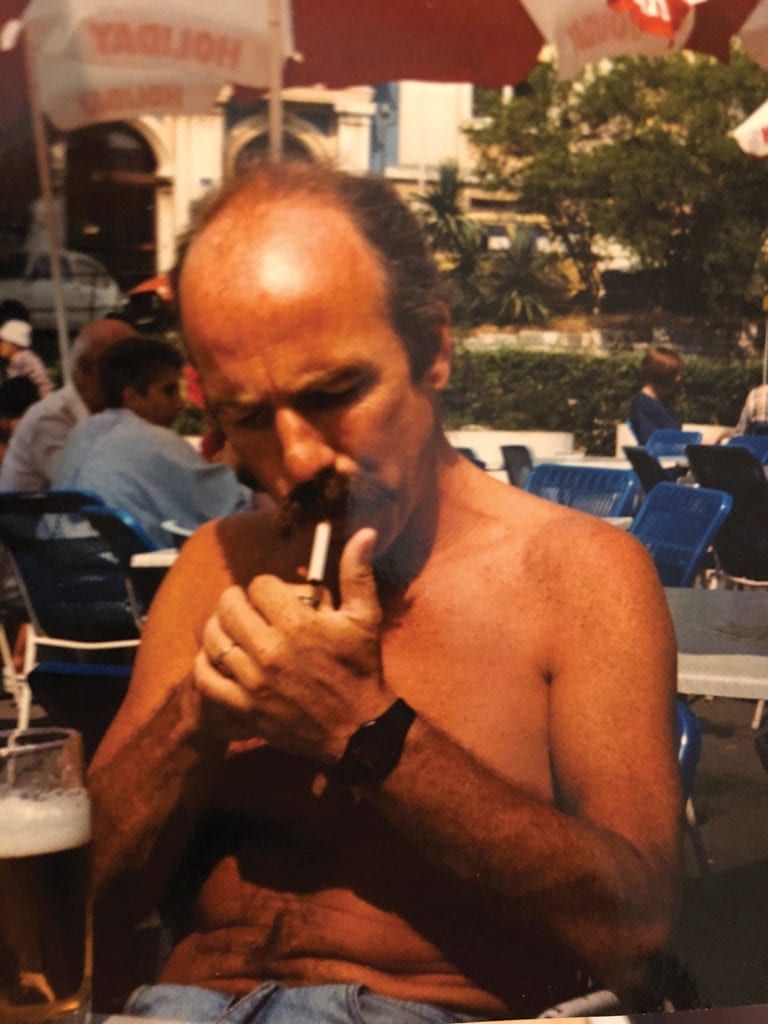 Cool lighting up, living his European dream 30 yrs ago. 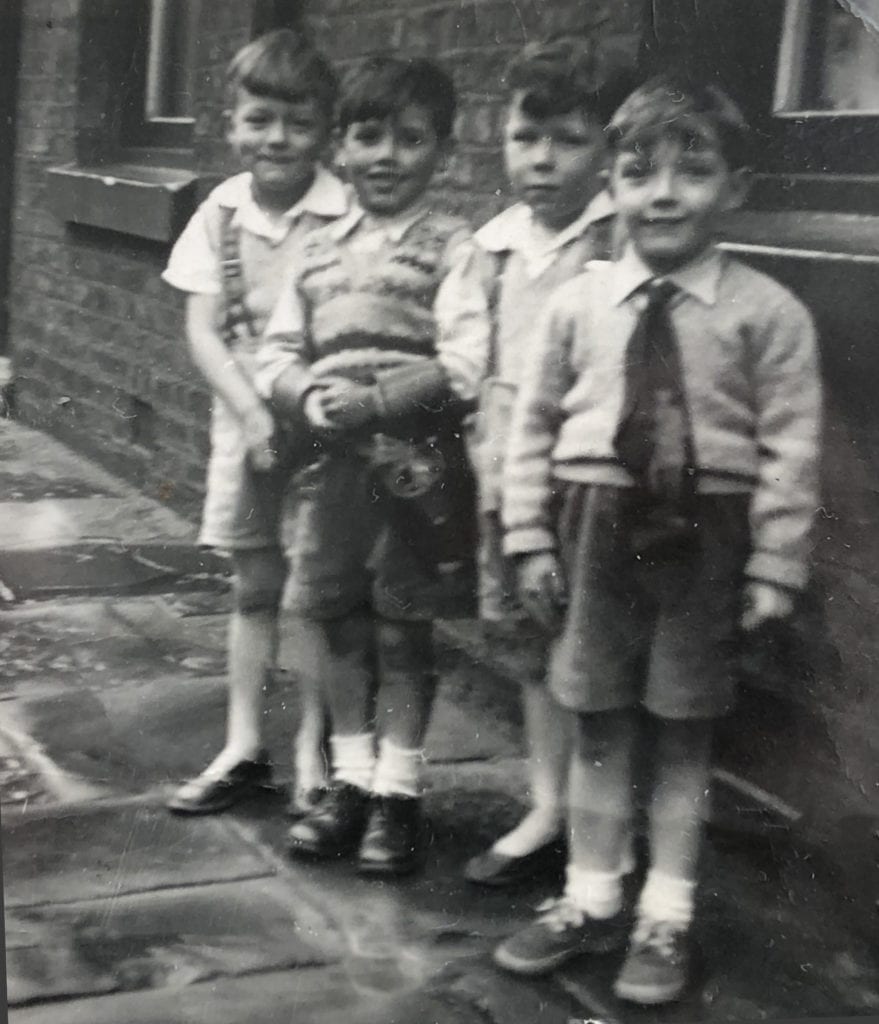 Beech Street with cousins Robert and John Mac. (one of them is dying for a wee?) 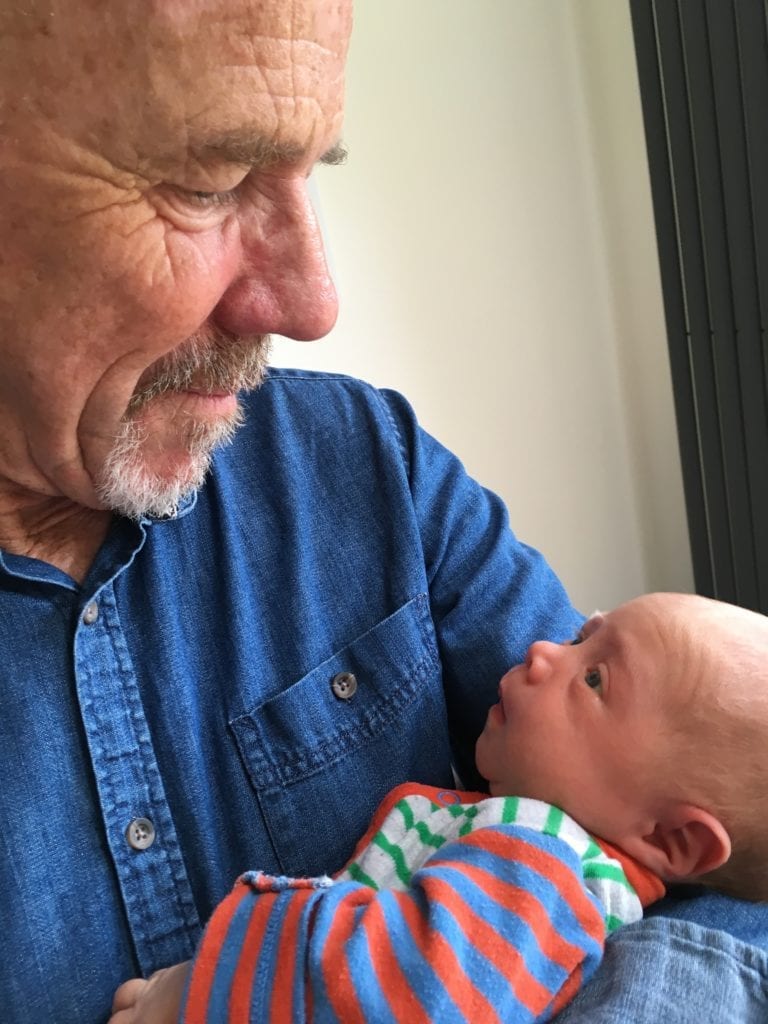