By the time you read this or not, the dreaded or cheered 31st October 2019 will have past.

Hallowe’en and the twins’ Mum’s birthday is all we know of 31st October, with the latter much more exciting. We had duck-apple night. (Ask someone who can remember past hip-hop.) Her name is Jessie, and she was ridiculously well loved by everyone who met her. This is her 100th birthday. Hardly worth blowing out candles for everyone else’s delight and making a wish (hopefully beginning with ‘shut the… up’ that dirge) but she never cursed, instead gave up the puff for birthday candles 30 years before.
A good move Jessie. But this is still the day you were born, not was – is.

Unfortunately if All-Hallows wasn’t bad enough, you now share it with far uglier than the undead – the living. They number among the living pictured here. The ‘white’ ones. They are of course more coloured – pink and grey of skin generally – with some common, now presidential, orange applied to darken the grey and clash the pink.

These are the ones who on 31st will celebrate being cut adrift to float away on the barge of good old 1950’s Englishness, ironically filmed mostly (and lived) in b&w monochrome.

It wont be all redneck (another shade to add to the newly described coloureds). There will of course be a proper majority within that narrow half of the population that crawled across the line, who will see to it that this ugly white-ish coloured minority do not take control…? 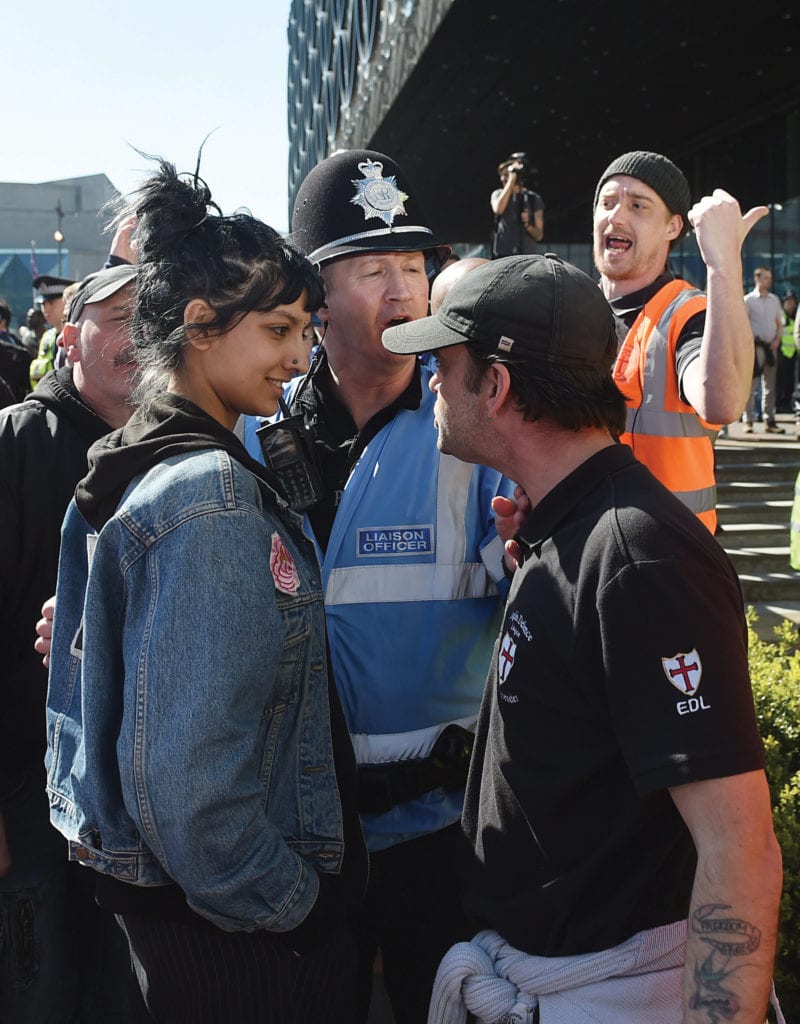 ‘All I saw was an angry man having a bit of a rant.’ says Saffiyah Khan
Weak in the Presence of overwhelming Beauty… 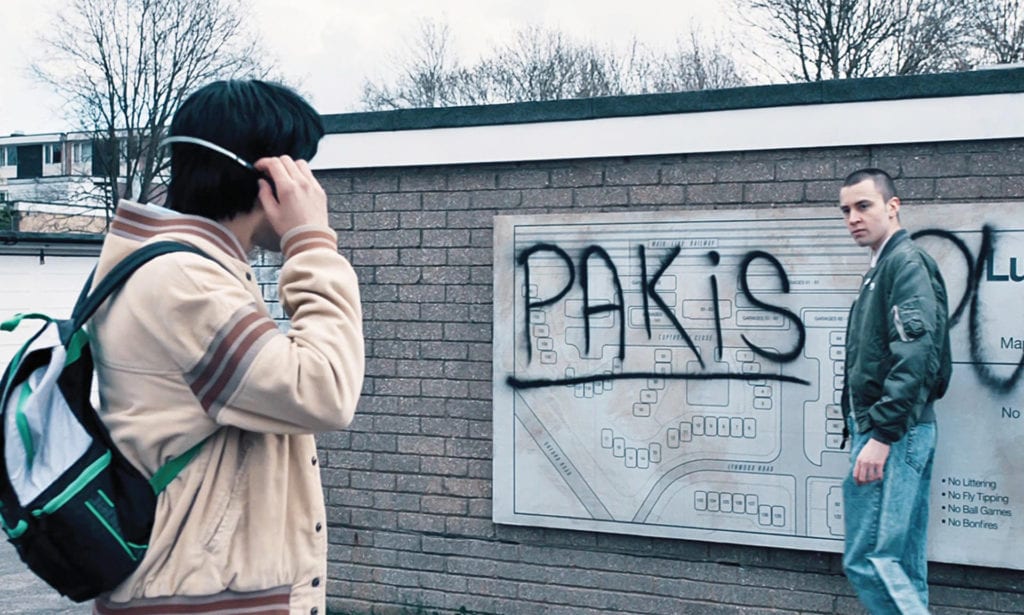 Viveik Kaira as Javed confronting a skinhead in Blinded By The Light. Oct/November 2019

I might be over pessimistic and want to be wrong, but to remind us that most of the UK under/over 40 can tell you who won Strictly-Come-Arse-Out-Tabloid next day… etc – for the last two years – but won’t know or care that divisions have been coming down quicker than knickers all over Europe since the 70s? and by 1989 the Berlin wall, keeping the East locked away from the West for over 40 years was torn down – by hand. Of knickers-off: how easy will it be to invade Ibiza and Benidorm et al next summer – all greased up pecs with nowhere to rub. The Norfolk Broads is said to be very pleasant.

Nelson Mandela was freed from prison in February 1990 after 27 stolen wasted years in a cage, just for being black.

Come the 31st nobody here with beautiful skin and/or an Eastern European voice should be afraid of what is bound to be a loud but flaccid grey/pink over reaction accompanied by screeching celebration of this newly floated North Sea barge.

Who will THEY ‘send home’ first – Premier League footballers – a good start eh…?

This is your home, your barge, as much as theirs or mine.

ps… Well done Jessie MacKenzie for escaping your 100th 31st October long before it all kicked off.

So this is where Nessie has been hiding all these thousands of years… Please stay sweetheart. Nobody else will bother you here. But start saving. It’ll cost you every minute 24/7. They’ll have your prehistoric number too. But the canal is just there if you hurry…