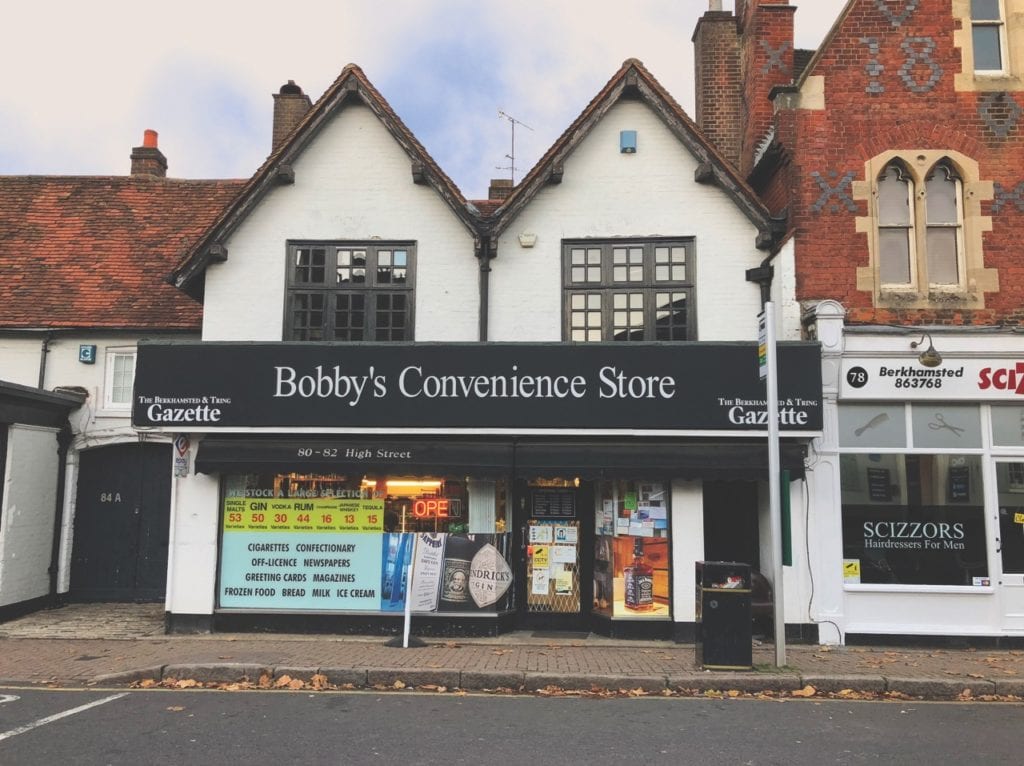 The Adodra family have been here at Bobby’s since May 2004 with the Rex in its last summer dash towards opening in December. They had a very useful post office there too until… In 1979 they opened Jennifer’s News corner shop at the other end of town. I think it’s Purple now, the only independent men’s tailors and clothes shop in town. Bobby’s is still thriving as the invaluable independent corner shop. It is the last of its kind and most valued at this end of town.

In continuation of last month’s rant about the council’s lack of care when granting change-of-use to vacant shops and the invasion of the barber-snatchers, I forgot to pick out the two vast double fronted betting shops. How did they happen? Not me forgetting, but we’ve got so used to them being there: a complete waste of town space and resources, we have almost forgotten they’re there. Everybody walks past them, and apart from the Grand National they look empty day and night.

How do they sustain, or is that an even bigger stupid question.

We must look after what we have left, and a corner shop like Bobby’s is not only a valuable asset to the town but to the Rex also. We get many supplies from there. It has the greatest selection of wines and fine spirits alongside everything else on their shelves, and of course there’s nowhere else on increasingly hot summers days to get an ice cream. There is nothing else like it. Of course it hasn’t got the buying power of the fat supermarkets, so it’s not a weekly family shopping destination but it’s a haven for those smaller and last minute things from early morning to late at night, that we all need and take for granted.

Most importantly it is friendly, not over the top creepy, but lovely and easy going, and with the last busy morning paper round in this or any area locally, it is unique.

We know our fickle nature lusts after the new like it’s a gift, when in fact it is a prison. When this pox’d brexit finally kicks in, it will kick us all hard. And without the likes of Bobby’s we will be buggered indeed. So listen and take notice, your twat-twitter wont provide your milk. Try Bobby’s if you never have. We are currently weighing up to ask them to supply the Rex with its cheese and wholesome biscuits. Don’t support it – USE it. Better still, you can get a haircut from either side (short back and other side too).

NB We’re not planning a numbers-racket right now to compete with the gambling houses.
That’s “Luca Brasi sleeps with the fishes” territory. So best to save it for another day. 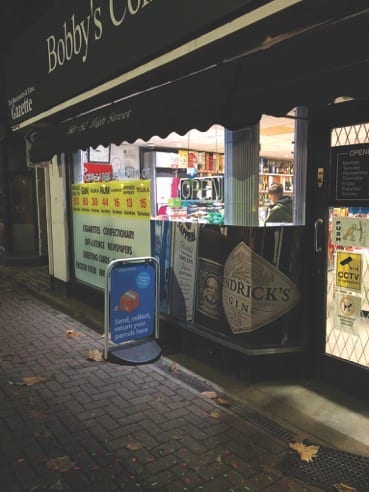 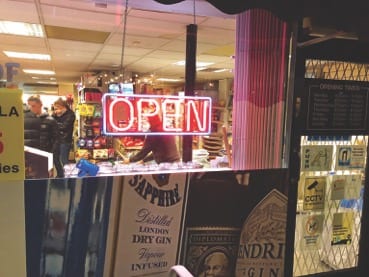