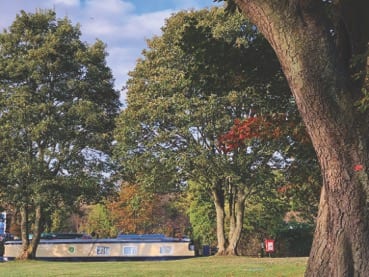 This beautiful tranquil Moor will be a car park. ‘It is written’ in Hemel children, whatever language that is.

I owe the woman sitting behind me, a huge apology. She spoke out at the Council town planning meeting in November concerning the temporary car park on Berkhamsted Moor.

I was seething but lost both mind and tongue. She stood to protest about the whole parking nonsense, after the allotted 3 MINUTES was up, so she was ordered out by the chairman/woman who, having lost control of the meeting, called for the council bouncers to remove her.

The ‘public gallery’ (ie: stacking chairs) was packed but we all sat there silent as this slowmotion farce unfolded. She was speaking up for us all in that gallery and nobody spoke to defend her.

It was abysmal cowardice in the face of intimidating official silence.

I got up and walked out muttering something about it not being right, instead of standing up for her – and standing up to – that damned smug council meeting, which at one point, decided to tell us we were at the wrong meeting. The decision to build a ‘temporary’ car park was made in September. This was a meeting to amend the felling of trees. We had been ill informed, but that their orange, small-print notices, pinned to a tree by a passing boy scout would be enough for the whole community to know the main decision was made two months earlier, was an outragious official insult. It was a foregone afterthought already.

I don’t know if she was turfed out, the bouncers looked as embarressed as everyone else. A violent riot of greys was an unlikely threat. So, brave woman, whoever you are, I apologise for not staying to stick up for you. A wretched evening in the presence of a very ugly room (in the ‘Forum’). Coincidentally, a useless waste of space and council tax millions, and more echoey than the 1970s New Town built Civic Centre, which only needed a lick of paint. That aside, there will be a car park contructed on the Moor, while they build the new toilet block for more £millions for people who don’t need or want it.

A hug pox on you Dacorum Council Town Planning. Yes medieval language to go with your backward easy option, unimaginative ‘thinking’ sorry – ‘planning’. No. Neither word is true here. Neither ‘unimaginative’, in case they might believe bad planning is merely a temporary blip in their neanderthal lobes (like their monkeys-dick car park-s).

It would be a mistake to allow the removal of the prefix ‘un’ to let them ‘think’ they had a glimmer of imagination in the first place. Apart from monkeys-dick decisions on what is good for small towns, it is growing harder to imagine any of them were born with one between them. Work it out in your own time. 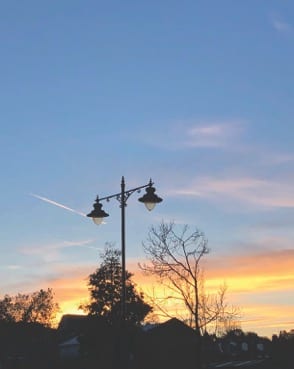 Always beautiful sunsets in late autumn over any open carpark, reflecting the trees perhaps, it sets in mid-afternoon. Try to catch the open sky if only once a day.