Some of the Rex kids smoke. Neither condoned nor condemned, at an average height of 6ft and built like brick toilets, it has clearly stunted their growth.

They know well what I think about leaving their ratty ashtray outside on the balcony table, so it is the first thing you first see from the top of the (differently ratty) steps.

Recently, they showed me the latest Govt warning packaging on tobacco pouches. Wow…! A truly fantastical piece of whimsy. The smallest (half ounce – 12.5g) is now withdrawn, replaced by over an ounce at 30g! Thus, over double the size of the smallest packet you could buy yesterday.

Take this slowly: ‘They’ have decided that the smaller packets were easier (cheaper) for young people to access, so the bigger size with MORE tobacco to last LONGER, might put them off…? Crystal clear Mary Whitehouse thinking chaps.

Now take a look at the warnings built in to the packaging, and you’ll see, by the time you get to the third and final fold to reveal that last grim reaper warning, you will be coffin-ready already.

Perhaps alongside insurers and lawyers keeping up their lucrative grip on H&S (S&M optional) wannabe cool, whizzy advertising/brand ‘creatives’ are clawing their pound of flesh from the fat, silk, sow’s belly of the stark-naked Emperor’s new purse?

That aside, in pics 1,2,3 you’ll see our spotless draining board (under bleeding gums and dead babies). If you finally get served your platter before the film is over, all warnings of death (with graphic pictures of cheese) are under your plate. 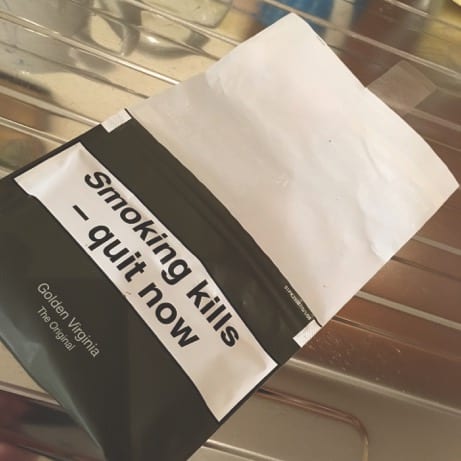 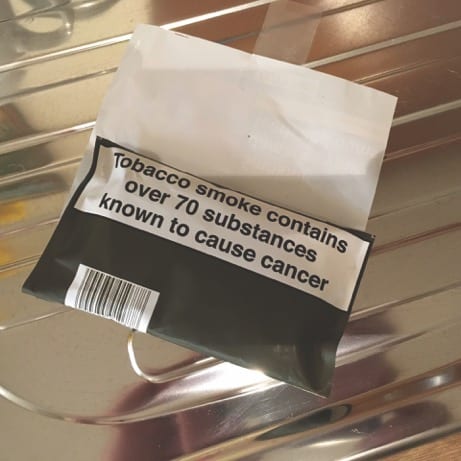 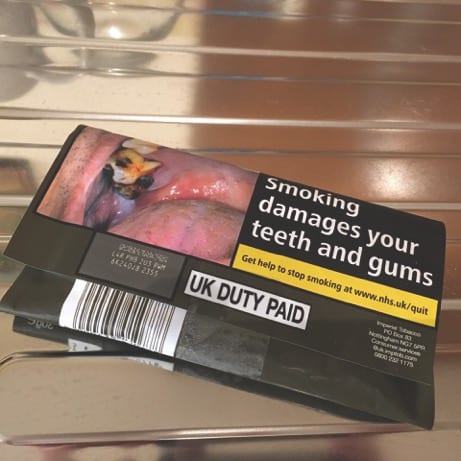 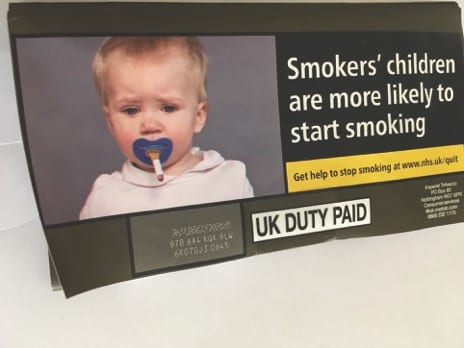