The once laughing stock is not only grinning as one, it is now in charge of this Whole Precious World. Who are these once laughed at half weights, no longer derided as half-wits? Donald, of course. Now Nigel (luckiest half-weight not to be drowned at birth) Farage. Who’d have put odds on either of them a year ago? Then there’s Putin, lampooned for baring his torso on a dark horse, now war-mongering all over the shop. Throw in Jim un jim unbarry jimanilow and the Holy Ghost might as well go find himself a couple of Vegas Elvis hooker-likes or put the kettle on. In a split second this fragile Earth is Medieval once more. Soon to be run by the “Predatory, Syphilitic and Inconsequential” (the late, missed Brian Sewell)

Never mind. Those nice NSA and GCHQ chaps are looking out for us, and we’ve got our smart cards/ phones (‘smart’ once hateful, reserved for clever dick, smart-alecks not to be trusted with money or daughters, is now lauded. Funny? Hold tight, the new-new will out-smug you)

They say Hitler would never have crushed the Weimar Republic in 1933 if “we’d had the internet”. Who wants to laugh first? Duck’s victory over his own Republican party is a mirror to Hitler’s rise and dismembering of the Weimar ‘Republican Party’. Not that simple, but it’ll do. 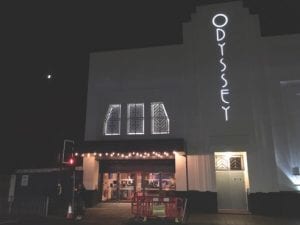 An Autumn half moon over half of The Odyssey, St Albans. 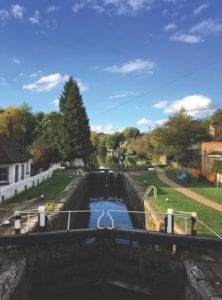 A still lock on a still September afternoon. A glimpse of tortuous industrial hard graft gifting us this tranquility. 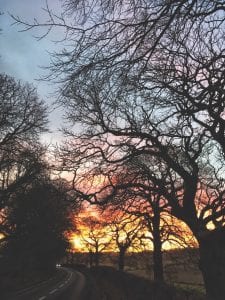 A sunset bigger than the sky burning over the castle dip. (Sunday 11th Dec). 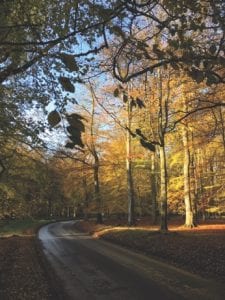 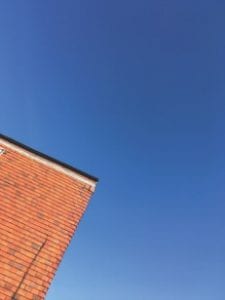 A rare cloudless blue, bluer than that Mediterranean blue we crave. But when it comes to us here, it brightens our hills, rivers and trees, buildings too. It brightens our hearts so much, it lifts us clear…