“We know what’s best for Berkhamsted – you don’t”

(a direct quote from Alan Gator to my face, then chief planning officer during the 1980/90s and happy to see the Rex de-listed and demolished). How does a council in Hemel, unashamedly blinkered and partisan, know or care how to plan for the rest of Dacorum?  In Town Planning terms, their imagination sees a multistory concrete lump is ‘best’ here. Nobody has seen the full research and evidence for this, but planning officers have convinced careless Hemel-phile councillors to vote for it.

They say much of their ‘thinking’ is based on ensuring there is enough car parking space to bring trade into the High St for business to thrive. A noble conceit?

Town Planning identifies the need for variety, colour and shape in High Street shop windows.
So how come town-planners have never exercised those three words. When I came in 1977, established estate agents numbered two or three, ballooning to the dozen or so easy fast-buckers you see today. There were two restaurants, a café, greengrocers, butchers, a fishmonger, newsagents and three chandlers (hardware) where you could buy tools and a bag of nails. There were no charity shops or chains. Then inevitably, supermarkets took shopkeepers trade as private rents and public rates conspired to run them out. The pox’d on-line would later steal the rest. Nail bars grew where you can get only a mere handful. Cafes and restaurants spawned and bred, estate agents took the rest, openly servicing their millions from hungry buyers, greedy sellers/investors and rotten landlords. Variety, colour and shape evaporated into cappucino. A posh East Berlin (c1958) where you couldn’t buy a loaf until, against all odds, Darvells bakery opened to rescue the High Street at the Rex end.

Who then could have predicted the preposterous invasion of barbershops? There is even one in Potten End where there are no other shops at all. How? Why? Councillors? Anyone for a quartet? So, Hemel Hempstead Council, thinly disguised as that all-village guardian and protector: Dacorum Borough Council, why do we need your multistory concrete in a town you have happily overseen drained of its colour, variety and shape. One you have neglected to ‘plan’ with care, for over thirty years. So much ‘for the greater good’. You might fancy a short stroll out of Hemel to see why we don’t need your car lump in a town thriving, albeit in chains, without it – or you. Or just come for a haircut. 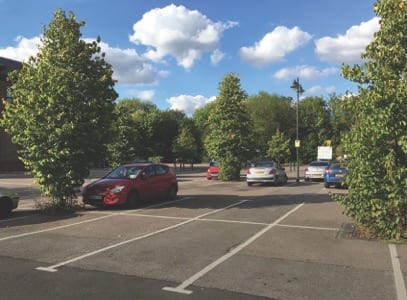 A typical non-Saturday afternoon in the leafy downtown carpark about to be home to a vast concrete lump. 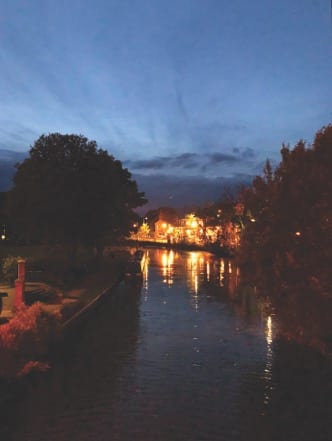 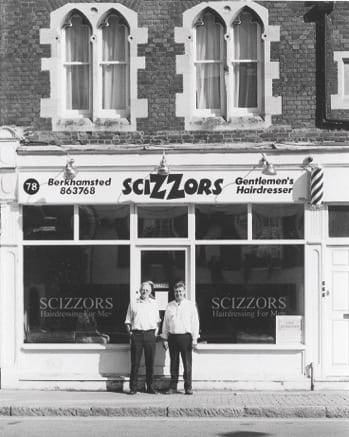 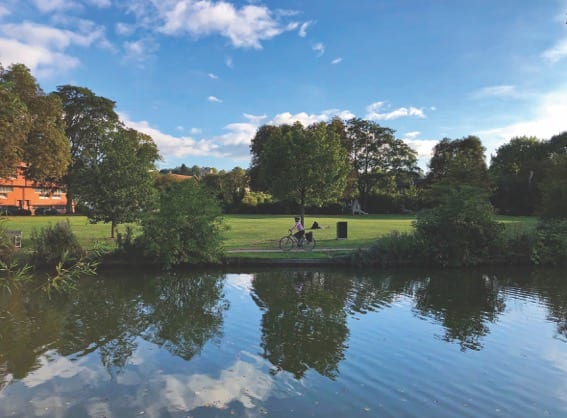 Local protest has managed to save one of these trees. Unheard of!! But the planned carpark (temporary??) still remains. Heard of.