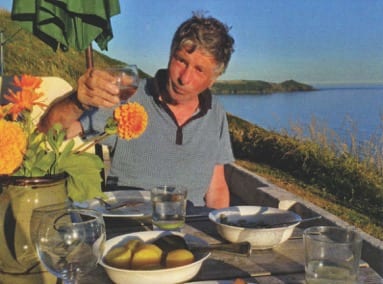 With Jill and his friends, John was a welcome weekly face at the Rex. He adopted the high stool in the foyer and could be seen regularly waiting for the very last minute to miss the trailers. Bad on his feet, and last to his seat, getting him there in the dark could be fun. Then one day in September he wasn’t there anymore. He is sorely missed. We’re very pleased, Jill and his old friends still come.

“Democracy comes to its last laugh. And the lunatics have taken over the asylum. Probably not the first to note that people can be led to vote against their own interests for the sake of bread and circuses and their right to carry a gun bigger than any mothafucka else. We’re building for our children a world of hatred and fear. A world where thought, reason and compassion are seen as pathetic weak luxuries. Is this the beginning of the Endarkenment.”

This compassionate note came first thing on the morning of Trump. It is spontaneous, raw, verbatim. A perfect summary with nothing to spare.

To take it one son-of-a-bitch further. The picture is from Tarantino’s Django Unchained, depicting the ‘headbags’ scene where the Klan complain about the wife’s eyeholes.
It is a funny skit on white stupidity masquerading as supremacy.
We white-eyes are generally a mottled grey and pink of skin, with fake orange in winter and greasy brown sunburn in summer.

Anything to cover this pink/grey supremacy. Now for the first time in our ridiculous same-mistakes-again-history: largely fat, grey, pink, ‘white supremicist’ rednecks may have, through legitimate democracy, determined the fate of an otherwise wholly determined colourful World. Build your wall Donald. Make it a circle. 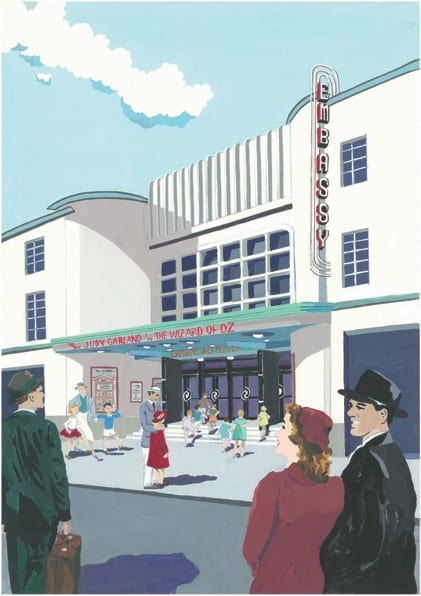 This latest Railway poster illustration from Mary Casserley, shows the Embassy, Chesham in its heyday. Located in Germain Street, it opened in January 1937 as a sister Picture House to the Rex, then under construction in Berkhamsted. Each was designed proudly, by architect David Nye.

It closed in 1982, six years before The Rex. Dark days indeed for small local independent cinemas. Unlisted, it was summarily demolished in 1983 by the usual short sighted visionaries. 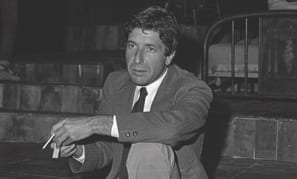 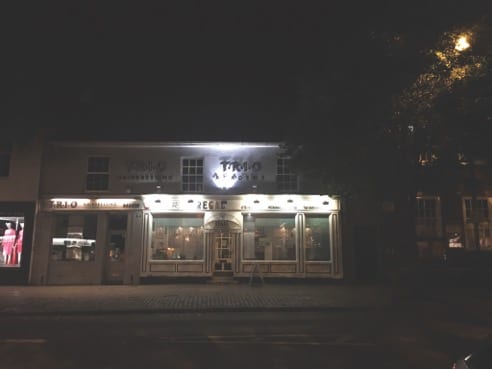 This picture was taken the night before. A bright window no more.
To Jackie and Alan and all the Regal family-staff.
Thanks for the memories.