What new words, phrases and must-says will ‘trend’ in 2018?
This is thinking aloud at some can’t-sleep hour, a stream of consciousness unlikely to lead very far.
Language is such a fantastically complex item for the brain to compute. It is made up of symbols we have made up over tens of thousands of years. All tribes, nationalities and races have found their own symbols to communicate. Here in English we have chosen just 26 characters or letters, to form an alphabet which carries every word ever written or spoken.
There is a theory that this complex system of symbols evolved to hurry gossip and aid storytelling. If so, it has certainly stayed the distance. These two things seem to form the basis of casual use of those 26 letters here and now. Today’s gossip and story telling appear to be still at the heart of common everyday talking, even though not many voices use the whole twenty six.
Today’s language comes with favourite sayings which many adopt instantly and use without thinking. Remember ‘no way’? It is usually the young who start things off, then drop it when they hear parents or elders reciting it. Such things as ‘on the planet’ and I’m good’ (see below).
There is the language of today’s so-called right-on politically aware and uper correct grown ups, which is mostly demanding, shaming or accusing. ‘Issues – diversity – gender’ and that nutcracker ‘inappropriate’ all carry the pejorative, while none is saying what it is, with the seemingly innocuous ‘around’ encompassing all of the above with a fully loaded righteousness of its own. It can feel like language lynching parties coming for you.
Politicians attempts to influence language is always laughable and flaccid, but loaded with dangerous smug. ‘At the end of the day’ ‘right thinking’ ‘sea change’ and ‘going forward’ are all phoney gap fillers but with gravitas. And where did this noisy LGBT lobby, heavy in its own gravitas, come from with such lightening power and evangelical zeal?
‘Customers’ is a favourite weasel word to be despised. It suggests choice so, shifts blame. Railway companies use it instead of ‘passengers’. The word ‘passenger’ carries responsibility. Slyly ‘customer’ more likely means “It’s your own stupid fault, you chose this only train on this only track leaving at this only time for this only robbing fare. Your choice, now bugger off and find another way home.” Life’s essentials: water, gas, electric, telecoms etc use the same dirty word.
As the young have all the time in the world, let’s play with their recycled Americana. Forget ‘on the planet’ that must die soon? ‘Can I get…?’ “No, you can HAVE your pox’d J-bomb but I will GET it for you.” (Stephen Fry?) ‘I’m good’ No, that’s for me to decide, you can be fine or even ‘ok’ if you must (now sadly, the domain of elders and 2nd hand salesmen – see above). Then there’s ‘cool’, which is now well established as their word, and they speak it well. It may have been conceived in 1920s New Orleans jazz dives, then fell to an embarrassing low amongst musos in the ‘yeah cool man’ 60s hippy Britain, but it is now the Millennials good and got. So too their fabulously filthy, inventive Urban Dictionary. As for twitter, it is time you trumped on it and invent.
Enough. Please wear the language well, embrace it, handwrite it, put it in the post, use it to be kind, speak it fair and well and let it change naturally in its own time, don’t force it, then there might just be still enough to go around when it is your time to despair at all those silly new words by 2047. 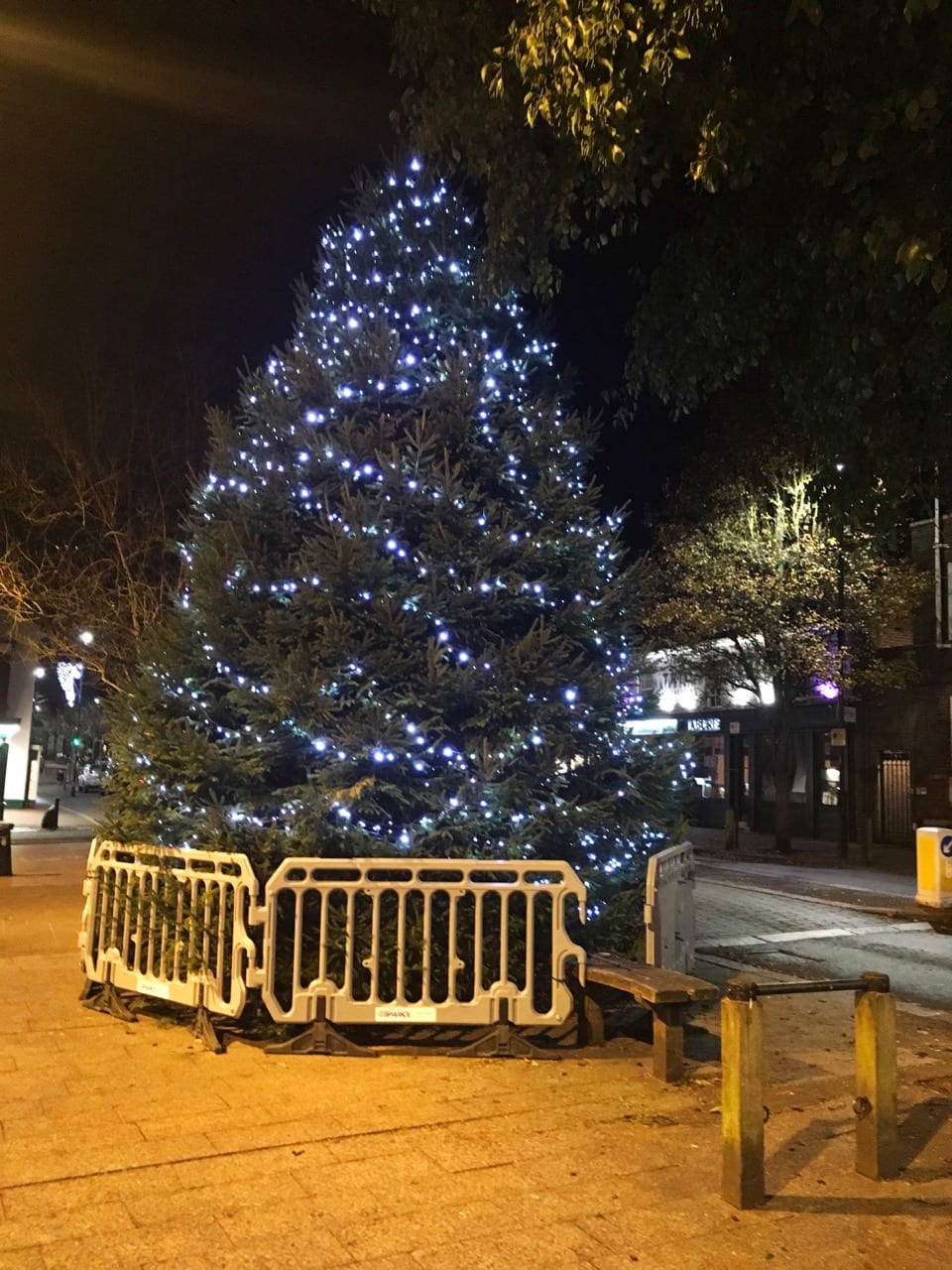 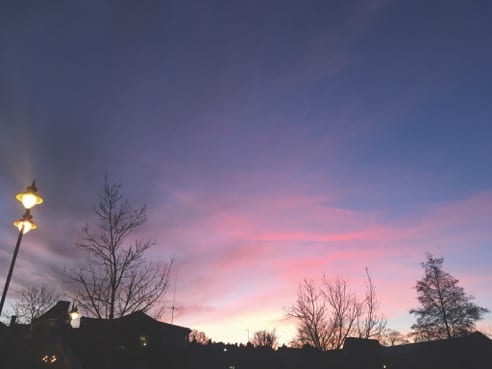 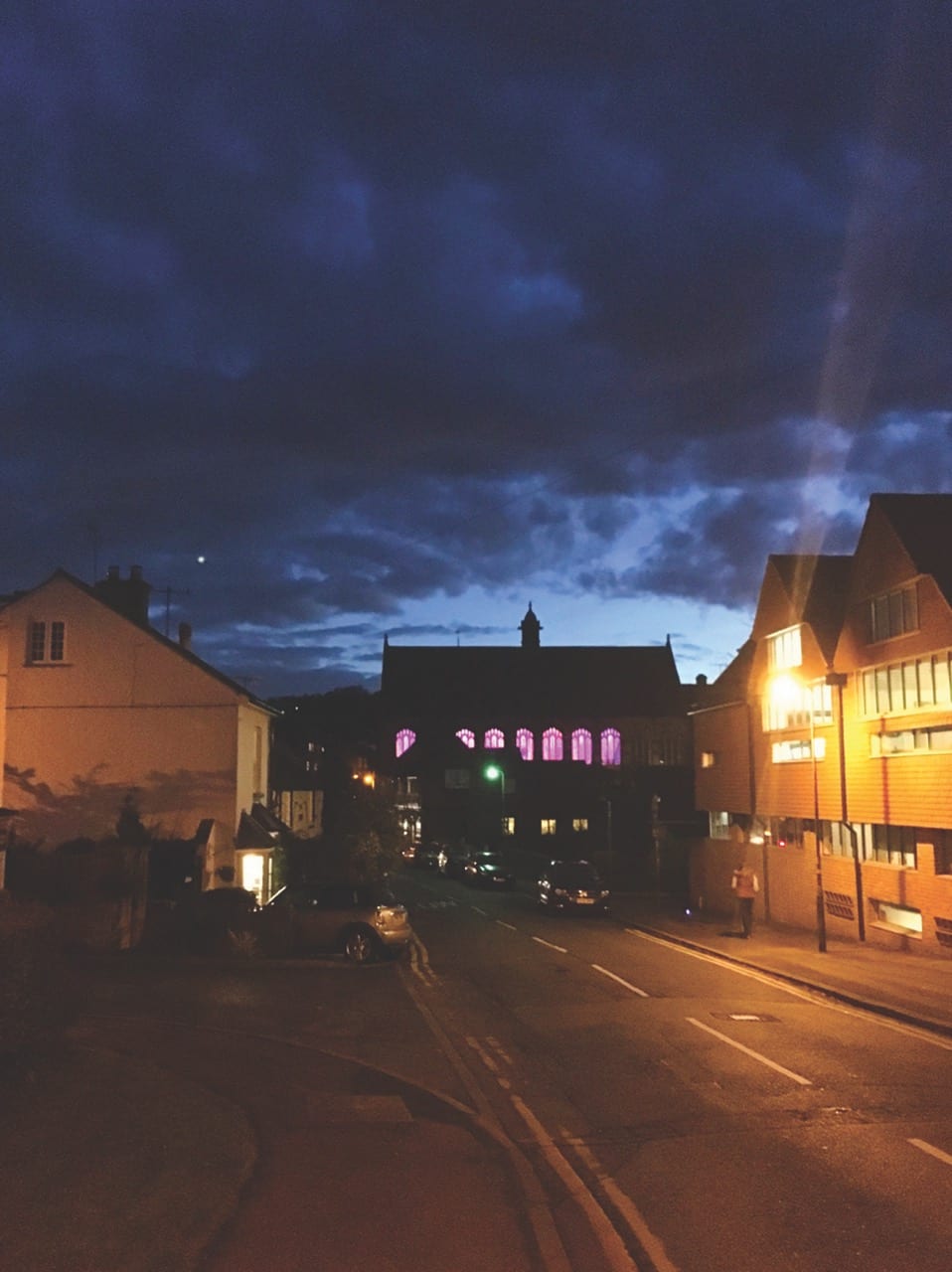 Eerie windows at Deans Hall against a
Gothic midwinter sky 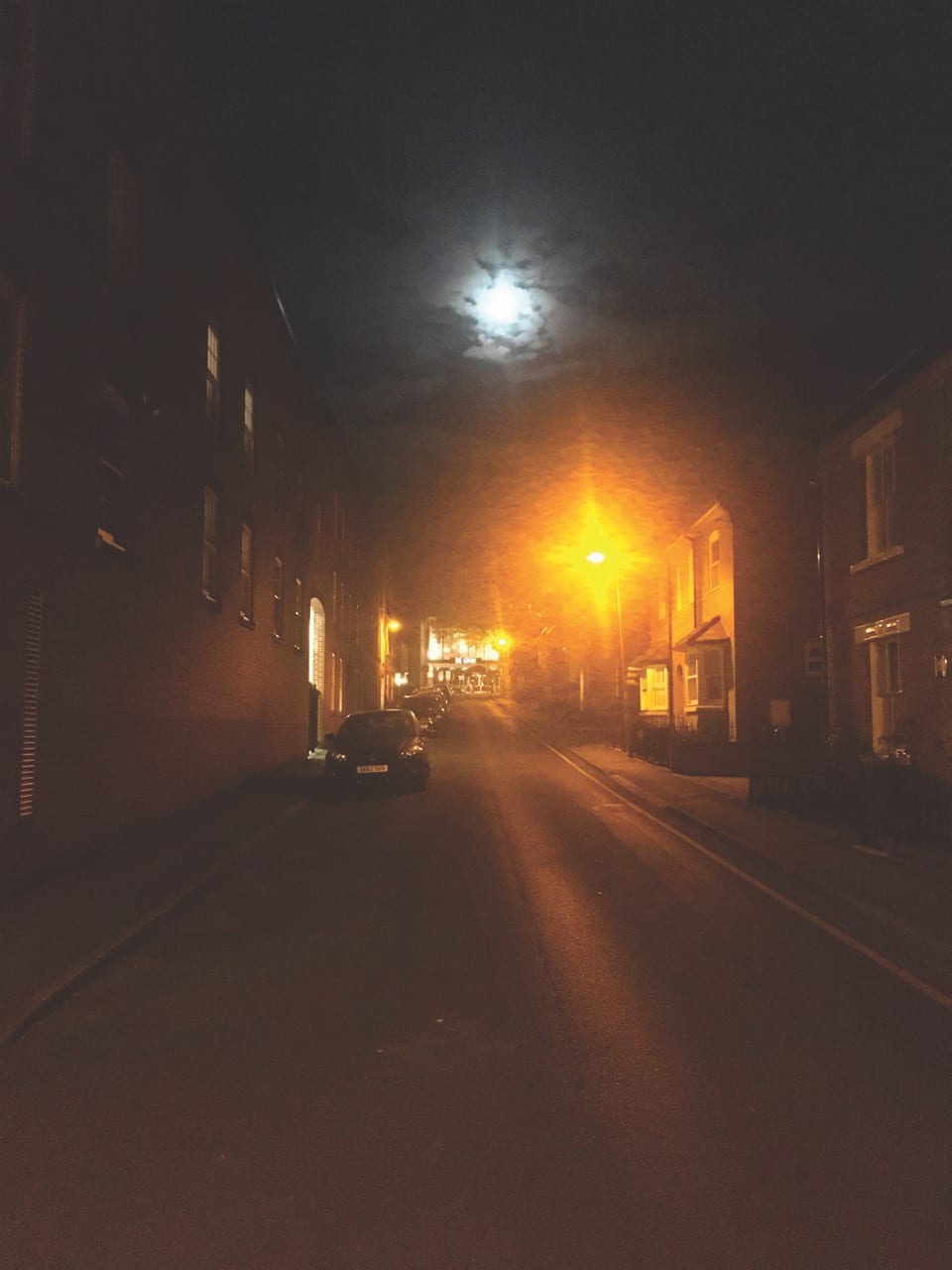